Are You the One to Blame? 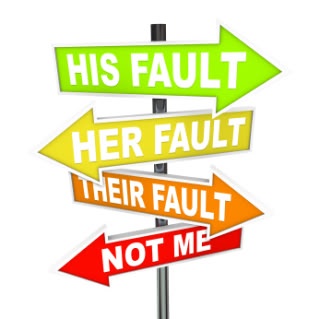 Tina Campbell, one half of the Mega Gospel Group “Mary Mary”, came forward into admitting she played a part in the infidelity of her husband. She says she takes FULL RESPONSIBILITY, but lets be honest, if her Man was being a Man, he would have told her how he felt and communication on his end would have helped the situation. YES, she claimed she was gone a lot, blamed it on the kids, blamed it on being a strong woman, but those things still don’t play into the full role that he cheated. You can read more about her thoughts here.

There also was an article that recently came out that was titled “Women who TALK BACK will be SINGLE FOREVER unless they Submit To A Man.” The article went into depth on how consistent arguing, always pushing a point, and yelling at men is not what is going to get a Woman a Man. You can check out that article here.

It was great Tina came forward, because a lot of Women wouldn’t have been so honest about why they got cheated on or why they may be single. So, here are my 3 reasons Women get cheated on and why they keep seeming to find themselves single.

1. Attitude & Control: If you want to be an Independent Woman, you can be one. Just don’t try to be one with a MAN! If a Woman continues to go into a relationship about what she has, what she wants, and what she is going to do, then that’s not going to get her chose by a Man in 2014. “This is MY STUFF!” “This is MY MONEY!” No Man wants to hear all of that. A Woman can not control a Man! If he’s a BUM, HE’S A BUM! You can’t make, created, and mold a Man into what you want and to do what you want. A lot of time, Women are molding Men into their PERFECT MAN…FOR OTHER WOMEN! Some women have to learn how to speak respectively and properly to a man. The Bible says “a soft answer turns away wrath.” If you’re yelling, then he’s going to start yelling, then it’s going to be a MESS!


2. Priorities: A Man never wants to feel like he is on the back burner of any Woman. If a Woman puts Kids, Schools, Church, Job, Family, and Friends all before him, then he’s not going to feel loved or appreciate in his life. A Man shouldn’t have to feel like he has to schedule time in his Woman’s schedule to hang out with her or especially even be intimate with her. “We can only have sex on Tuesdays because I don’t have to be up early on Wednesday Morning.” GET OUT OF HERE! When a man feels like his Woman’s priorities seem to be overshadowing him is her life, he will start to wonder should he even be in her life.

3. Being Gullible: There are some Women who just believe everything that their Man does is perfect. He won’t ever cheat, he wouldn’t lie, he’s the greatest thing God ever made. They live in this dream/fantasy world where the Man has a track record of destruction, but they don’t believe he would do that to them. So then when he DOES jack up her credit, have a child with another woman, hits and beats on her, she wonders “How did all of this happen?” Whatever that Man did to the Women in his past, if he hasn’t CHANGED, he’s going to continue to do it. A Woman can not think that a Man is not going to do what he’s always done. If he has Baby Mothers all over the place, can’t keep a job, talk to an Ex or someone that knows him! HEAR IT FROM THE HORSE’S MOUTH! Don’t just believe every man has a clean record. If your gut, family, or friends tell you to “WATCH OUT!” You better believe it! No time for playing the “I didn’t know” position just because you want to be in love so bad Ladies!

NOW, this isn’t for ALL WOMEN, but I want to see more Women in relationships in 2014. WATCH YOUR MOUTH LADIES! You don’t have to prove every point or win every argument. A Man that sits and argues with Women, hits, or abuses Women verbally and emotionally IS NOT A MAN! If a Woman is always belittling and arguing with a Man, SHE DOES NOT LOVE THAT MAN! THAT’S NOT LOVE! Any Woman that just thinks doing what she wants to do in a relationship is RIGHT, IS 100% WRONG! If you’re going to be with someone, check on their feelings, see how they are. Men aren’t the best communicators, but we’ll talk if we have someone we know who is willing to listen. A Man isn’t going to talk to a Woman who does ALL THE TALKING! Women, if you can’t see the Man that you’re with leading you and your family, THEN THAT’S NOT THE MAN YOU NEED TO BE WITH! A Man knows when he has a strong woman and will encourage her to be strong, but a Woman can’t be SO STRONG that she tries to over step her Man. Lets do better Ladies! It’s not hard, we all need to work on things, Men and Woman, but from a Man, we love you all, we just want to be able to work with you all better.
_______________________________________________________________
Written by John Turner, M.S. And republished with permission from his blog John Turner World