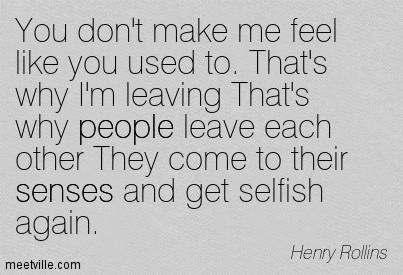 I’ve been avoiding telling this story for quite some time, as it’s a hard one for me.

Many of you may (or may not) know that Mister K is not my boyfriend’s father. I was actually with his dad for about 3 years before I finally decided I had enough and left.

It wasn’t an easy decision, and it definitely wasn’t made overnight. But after years of dealing with it, I realized I deserved better – we deserved better.

We met when we were young – i was only 17. I thought he was this amazing guy. And he was – at first. But then things changed. Unfortunately, I didn’t see many of these changes until long after the fact. I had fallen in love with him past that point and truly believed we could get past it. But sadly he didn’t see any of it either. You can’t change if you don’t see what needs to be changed.

Just under a year into our relationship, we found out I was pregnant. We were living together so it wasn’t a huge deal at the time.

To this day though, I really do believe that the child we had together is the only reason we stayed together so long. I probably would have left without a second thought just over a year into our relationship if I wasn’t 4 months pregnant at the time.

The only thing I had going – was that he financially took care of us. Or really – he did his best at it. Kind of.

He wasn’t very supportive, he was mean, he ignored us, and he was just downright terrible. I could sit here for a very long time telling you every last detail but not only is that completely unnecessary, I doubt you want to hear the details.

But as much as I hate that period of my life, it taught me some things.

Many of these I didn’t see the full lesson until I was with my boyfriend though. We got together a few months after I left. (We had been best friends for about 3 years before hand – he finally took his chance.) He’s the opposite of my child’s father. The most supportive, kind, gentle, loving man I will ever meet.

As terrible as all that was, it was important. It taught me these VERY important lessons.

1. Self value is very important

The way I used to look at myself is just plain pathetic. I wasn’t confident, I dealt with terrible psychological problems, and I really did believe I wasn’t anything special and nobody liked me because I was this terrible person.

But after I left – that changed. It happened very slowly, though. I was determined to change the parts I didn’t like, and that brought up my self confidence up by alot.

Once I was ready to be in a real relationship – I made changes to be as close to perfect as possible.

I found myself. I realized who I was and who I wanted to be. I began to have confidence in myself when I saw someone has always liked me and admired who I was. I started to spot all the amazing things about me. The things that makes me – me.

Self value makes you happier and live a better life, it really does.

I’m not gonna lie – I settled. After a while I truly believe that he was amazing for putting up with me and “loving” me as much as he did. I thought that nobody else would want me because I’m too much to handle. Nobody would like me once they got to know me.

I believed that because that’s the way he made me feel. He never directly said anything like that – but it was in his energies.

That is the farthest thing from the truth – I know that now. I’m an incredible human being and anybody that can’t handle me, doesn’t deserve me in the first place!

I settled for less than I deserve and that’s something you should never ever do. But now I have more than I deserve. I couldn’t be happier.

3. You have to fall to the bottom to rise to the top

One of the huge reasons that it took me so long to leave – finances. I was never the one to support our family. I never had a real stable job, and I always relied on everyone else around me. So when I finally left, I hit rock bottom.

I mean, I was couch surfing and spent time with my son as often as I could get to his grandmother’s house. I had a job with very minimal hours and I was in a really terrible place.

But I’m happy to report now I have a very stable job making some good money and very soon I’ll be able to move into my own place again! It’s been a long road, but I’ve went from rock bottom to the mountain tops in a very short year!

I will never deny that I loved that man. I really did. I wouldn’t have tried to force it so hard if I didn’t. And he loved me in his own little way. But that isn’t always enough.

When you don’t click, it obviously isn’t working, or you’re with someone who doesn’t deserve you by any means, it’s time to go. There’s no reason to deal with that kind of pain when you can find something else that will make you happy.

Love is great, but it isn’t always enough.

5. You can’t fight alone and come out strong

As much as we’d like to think it works this way, it doesn’t. I wanted to fight for us to work, but he just didn’t. If I wanted to try and take one day a week to sit and talk about our relationship, he would refuse.

When I wanted to fix it, he wanted to go out with his friends and avoid his family.

It didn’t matter how bad I wanted it, he just didn’t. Unfortunately, you can’t fix it unless both sides are willing. It takes a team effort and if the whole team isn’t on board, it will crash and burn.

But when you’re both willing, you can come out stronger than ever.

There were times in the beginning where he would grab my arm or pull me or things like that, but it stopped very quickly.

The thing that didn’t stop? The emotional abuse. It didn’t matter how often you pointed it out, he either didn’t see it or didn’t care. I felt so run down by it. I believed the words he said after a while and I’d be left crying my eyes out more often than not. He wouldn’t let me leave – he’d lock me out of the house if it was so bad that it sent me into a total breakdown. He was supposed to be that person that comforted me – but he wasn’t. He did the opposite. He was the reason I needed comfort in the first place.

I’m just glad I finally got away from that. People can be abused in all kinds of ways – it’s not always physical.

7. The way he treats his mother says alot

If I go back and tell myself this one, I would. It’s so incredibly true. My son’s father is complete trash to his mother. He’s mean, disrespectful, and I’m surprised she hasn’t slapped him across the face at least a few dozen times by now. And what a surprise – he didn’t treat me any better than her.

My boyfriend on the other hand – I’ve never seen someone treat their mother so well. He respects her, he’s kind, he helps her in every way possible. He’s this way towards her no matter how she is towards him. She’s a woman and we all have our days. But that really doesn’t matter in his eyes. And you know what? He couldn’t treat me like more of a queen if he tried.

8. It will only get worse with children

I constantly had people around me telling me how terrible he was to me and how I deserved better. (My current boyfriend included many years ago.) With my stubborn personality, I didn’t listen. I kept pushing and trying.

When I was pregnant, some family friends I was living with at the time pulled me aside and even told me it’s only going to get worse when the baby comes. And unfortunately, they were right!!

I thought I was mistreated before, HA!! I might as well have been a single parent and he ignored me more than ever. Well, us really. He would yell at me right and left, right in front of our son.

I tried to force a relationship that already wasn’t working and trying to use a child as the glue. It doesn’t work that way folks. It just doesn’t.

We would have been much better off if I had went with my gut and left the first time I knew it wasn’t going to work. (You know, when I was 4 months pregnant?!)

9. A strong support system is important

I could emphasize the importance of this one enough, really. I had no support system when I was with my son’s father. I felt so alone and like nothing would go right and nobody to turn to.

But later, I ended up having the greatest one. I felt loved, supported, cared for, and it helped with my self esteem. Eventually, I knew I could take on the world and come out okay.

But without that support system, who knows where I would be.

10. Your happiness is most important

If you aren’t happy – leave. It’s as simple as that. Love should make you feel like you’re on a cloud. Like you always have that person to turn to to build you up when you need it, to make you feel incredible, like life is worth it even when everything else around you is falling apart.

If they can’t make you feel truly happy – they’re all wrong for you. Your happiness is most important.

« DEAR CRF, HE MAKES ME FEEL BAD WHEN I ASK HIM FOR MONEY (Previous News)
(Next News) COHABITATION: IS IT A GOOD THING? »